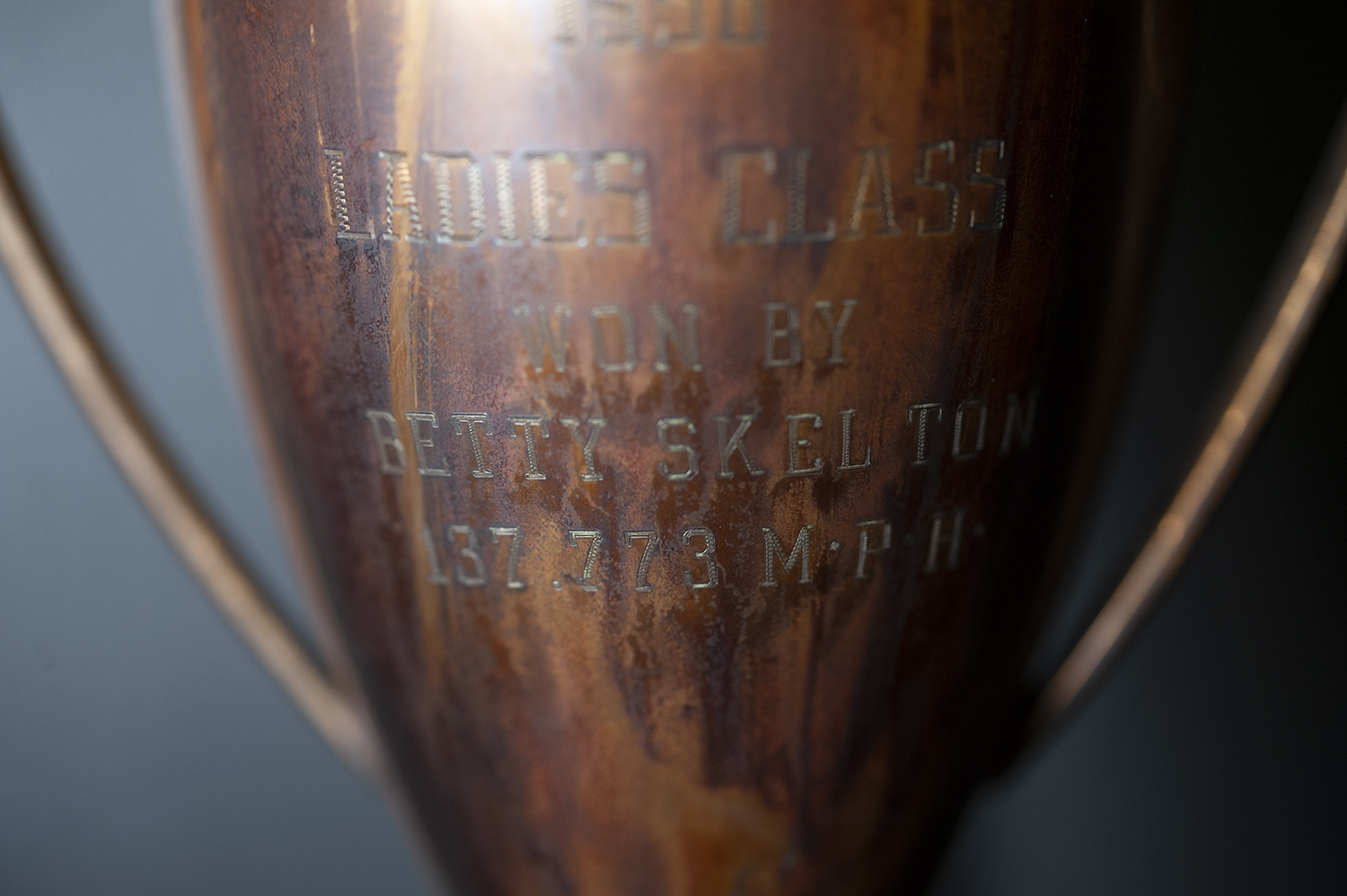 By Mariah HughesMarch 17, 2022No Comments

As we celebrate Women in History Month, there are those in the Corvette world who immediately come to mind, such as Dollie Cole, Elfi Arkus-Duntov, Donna Mae Mims, and most recently, Racing Program Manager, Laura Klauser. In going through our collection of artifacts though, Betty Skelton’s trophy stood out as a great object for this Artifact of the Month installment. 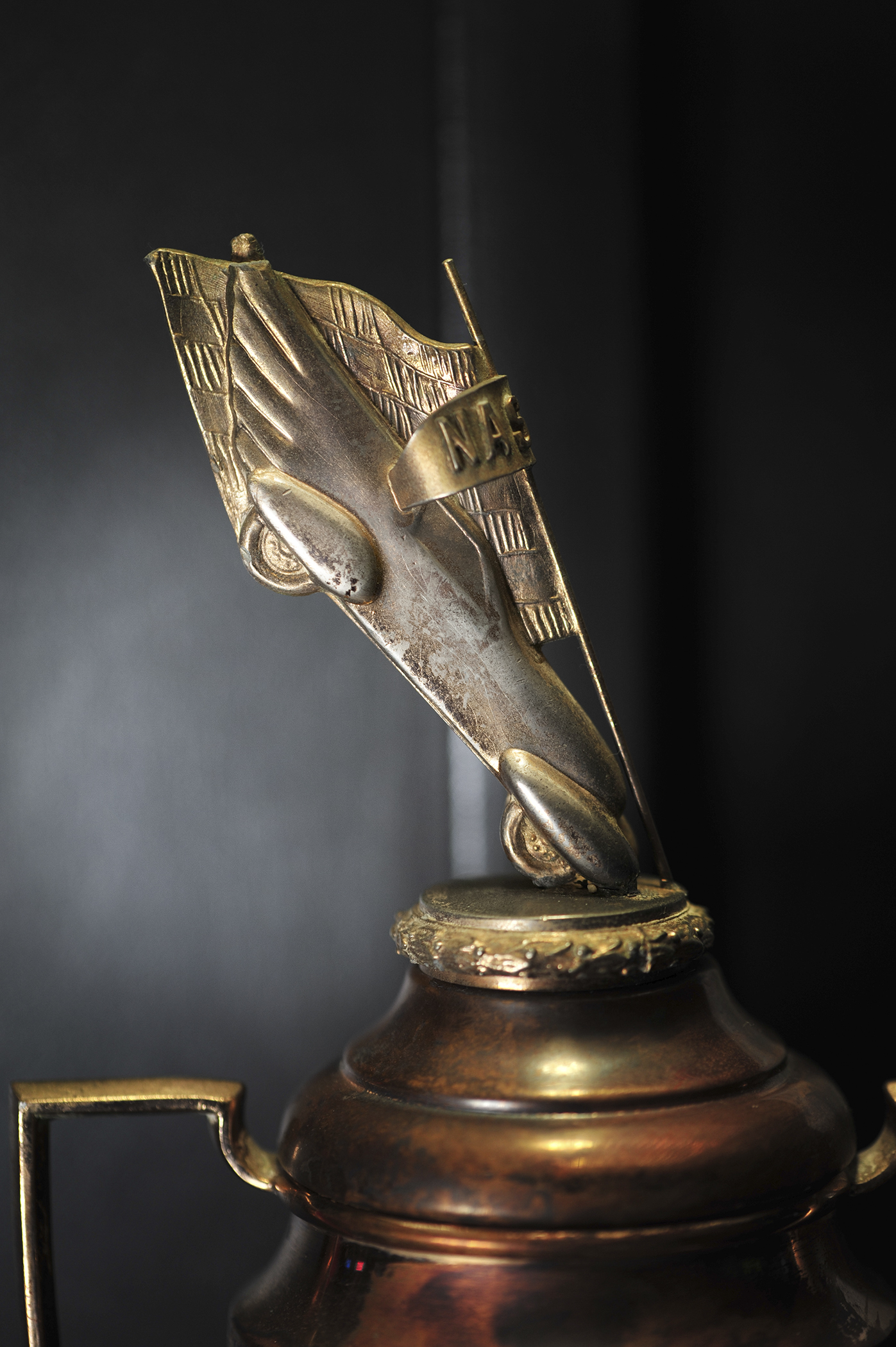 Known as “The First Lady of Firsts” and “The Fastest Woman on Earth” Betty Skelton was born in Pensacola, Florida in 1926. She took an interest in airplanes very early in her childhood. By the age of eight, after years of watching aircraft from the Pensacola Naval Air Station from her backyard, Betty told her parents that she wanted to be a pilot. Her parents began taking her to the local municipal airport where Betty would hop a ride with any pilot that would take her. During these flights she met Navy Ensign Kenneth Wright who would teach her to fly. Ensign Wright let Betty take the controls of his plane when she was only 12 years old! On her 16th birthday, Betty would make her first legal solo flight, which would lead her to become one of the most successful female pilots in both aerobatic flight and in setting speed records.

After an amazing career in aviation, Betty moved to North Carolina and would meet Bill France, the legendary founder of NASCAR. Bill would convince Betty to drive at the Daytona Speed Weeks where, from 1954 to 1955, she would set numerous records. In 1956, Betty would find herself working at the Campbell-Ewald advertising firm for General Motors’ Chevrolet Division. She was GM’s first female technical narrator at auto shows and appeared in television and print ads. She continued driving and returned to Daytona in a 1956 Corvette specially prepared by Zora Arkus-Duntov and Smokey Yunick, and ran the flying mile at 137 mph. 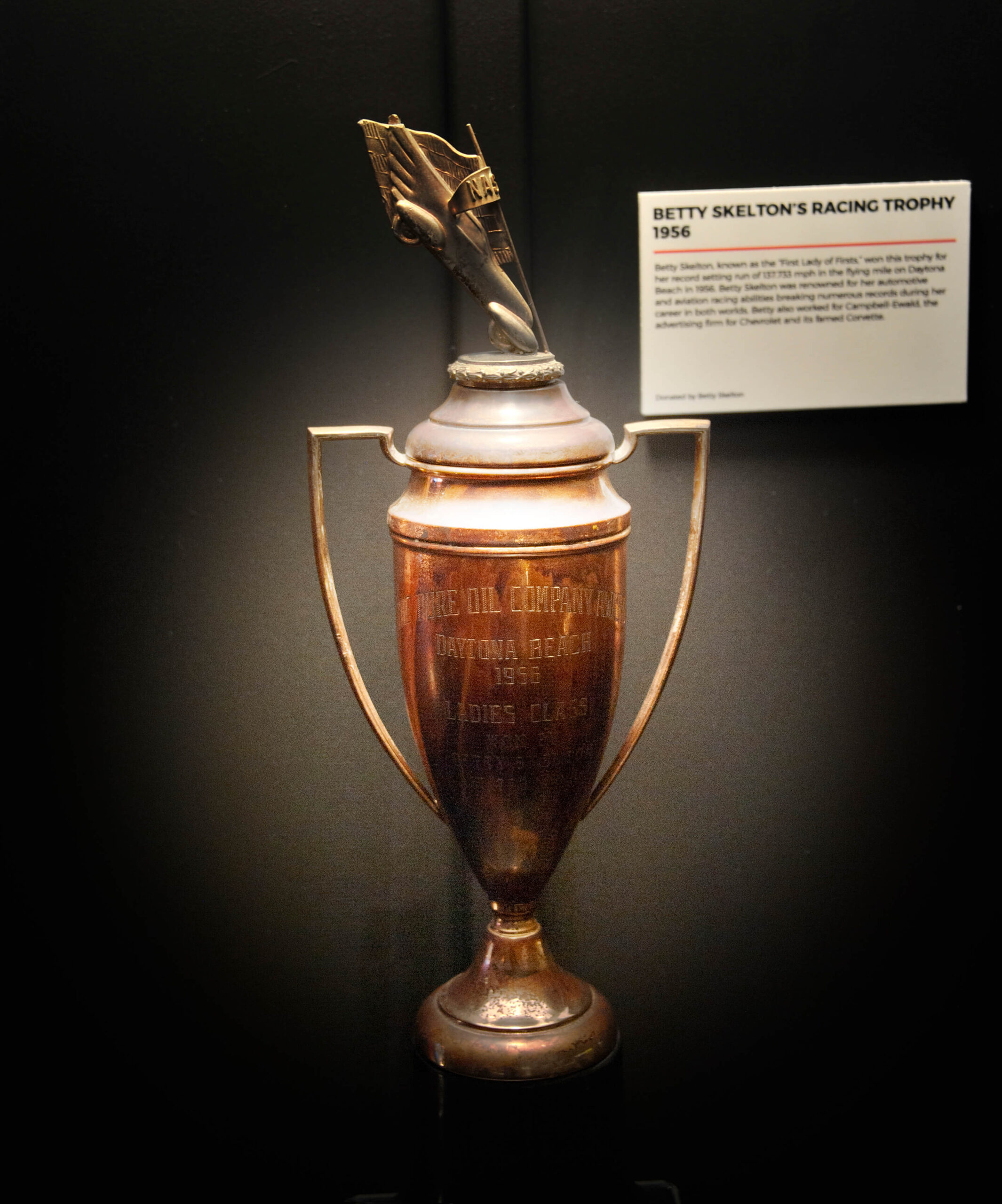 This trophy was presented to Betty for this record setting run.

Although Betty Skelton was never an astronaut, she was given the respect of an astronaut by most, including the Mercury Seven. The Mercury Seven were the seven men who would become America’s first astronauts that flew in all Mercury missions. Betty had met Wally Schirra, one of the Mercury Seven, in 1948 at a hangar in Pensacola. Wally was impressed by Betty and her capabilities as a pilot, which he never forgot about. When LOOK magazine wanted to write an article on women being in space, they worked with NASA to put Betty Skelton through the same tests as the Mercury Seven. Betty had already accomplished numerous firsts in her career, but as the first woman to pass through astronaut training, Betty proved that women were just as capable as men, in a rocket or in a Corvette. 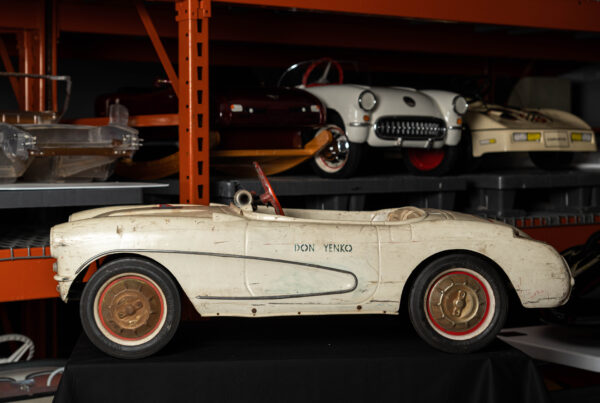 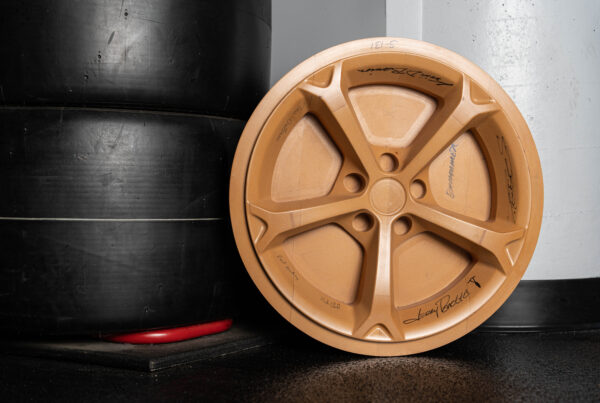 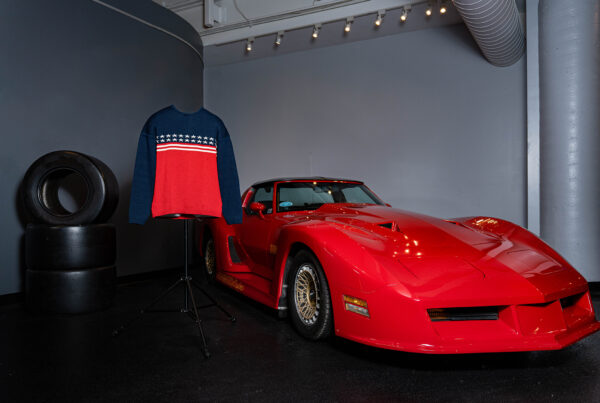