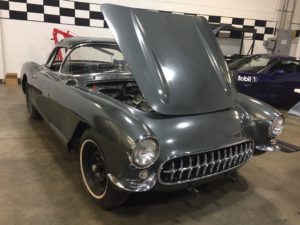 Like most enthusiasts, Terral Wittgow remembers the first time he laid eyes on a Corvette. “I was 10 years old in 1953 and my dad took me up to the Chevrolet Dealership in Norfolk, Nebraska to look at new cars. I can remember as though it was yesterday. I went into the showroom and there was sitting probably a 1954 Corvette. It was the only car I could look over the fender into the engine compartment. I was in awe, and I promised myself, promised the car Gods right there I would own a Corvette one day.”

Terral grew up on a farm, was a reader of Hot Rod magazine and considered himself to be a manly man. “It was that era in the 50s and 60s, and every kid thought he had to have a cool car. But life went on, and I started building my mechanical skills.” Terral went off to college and studied mechanical engineering.  “I didn’t have any money. We were dirt poor growing up farming. There were no new cars or anything like that in my life. I was in college for seven years for my undergraduate degree because I had to work to put myself through school.”

It was 1964 and Terral had changed colleges, had a pretty good full time job, and finally had enough money to start seriously looking at purchasing his dream car, a Corvette.  “I started looking in the Omaha newspaper and saw a small ad for a 1956 Corvette. It was $1,200 – which was a lot back then. I started trying to figure out what I could do to get the rest of the money I needed to buy it. I sold the car I had in bits and pieces, and borrowed a little money from the bank.” 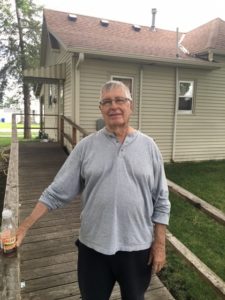 Terral’s Corvette was originally owned by a dentist in Iowa and had apparently been wrecked.  “Back in the day Chevrolet tried to sell Corvettes to doctors, dentists and lawyers.”  The original engine in the car (a 265) was shot, so a 327 had been put in it. Terral brought it home and then began the process of learning how to work on it. “The car started off with a soft top, but it was so bad I had to stuff blankets in it in the winter time because Nebraska winters are so cold. After you freeze your butt off a few winters and the thrill of riding with the top down goes away a hard top becomes more appealing,” he said. “I was going to college and had the only sports car on campus and was working 40 hours a week. I changed it from a 3-speed to a 4-speed. I thought I was the king of the hill.”

The Corvette was Terral’s only car and his daily driver. “I got a job at Cessna Aircraft in Wichita, KS and began my life in engineering. I always wanted to be a quarter mile race car guy, so as time went on I was able to buy a daily driver car. I started thinking I was going to be Roger Race Car driver. Wichita has a quarter mile track that was open spring to fall every Saturday night.”

Terral would take his Corvette to the drag strip and was relatively successful over the years, wining a lot of trophies for his class. He ended up rebuilding the 327 and put in what he calls “too much of a cam shaft,” making it hard to drive on the street. With the help of the machinists in the experimental shop where they tested aircraft at his work, he was able to improve his car. “I’d read about how to do stuff in the Hot Rod magazine, and those guys were always ready to help me out. I went about 2-3 years steadily improving my time, but in the back of my mind I refused to cut up my little Corvette because it would be worth more without any holes,” Terral said. “The last year, I had a friend whose brother had a 1963 and the motor had been rebuilt. It was so unstreetable. We swapped engines and that’s the engine that’s in it now.”

As with many Corvette stories, life happens. Terral met his future wife, and she was leaving for Australia. “I had to decide if I was going to sit there and be an engineer and Roger Race Car guy, or am I going to follow my future wife?” Travel overcame race car driving and Terral parked the Corvette at his dad’s farm, thinking that one day he would come back and work on it again. But time went on and he never really came back. “I always thought I would turn 65, retire, and become 16 years old again and get it out. But that didn’t happen.”  Terral had the hard decision of what to do with the Corvette. Like most owners, he didn’t want to try and sell it locally. “I couldn’t bring myself to let some kid just destroy my childhood and college days’ memories. So just by chance last fall I emailed the National Corvette Museum and they voiced interest in adding it to their collection. I just assumed you owned two or three of each year.” The car is the first 1956 owned by the Museum.

The Museum picked the car up in Nebraska in July, 2016. “I was more than happy to donate it to the Museum because I didn’t have to try to get it running again, or spend any time on it. I’m 73, so just a little too old to be crawling around pulling engines. I thought I’ll just have a little bit of immortality and donate it to the Museum, and someone who knows us some day may go through and see that we donated it to the Museum. That means a lot more to me than money. My wife, Swana, who passed away, she too felt the same way. We’re just average people. It’s a way to keep your name going on.”

Terral and Swana’s donation now resides in the Museum’s Maintenance and Preservation Department where Daniel Decker is working to get the car up and running again, and getting it cleaned and display ready on the inside and out. Once complete the car will rotate in and out of display within the Museum’s Performance area.

Thank you to Terral and Swana Wittgow for your generosity and efforts in preserving the history of America’s Sports Car! If you have a Corvette that needs a loving new home please contact Connie Russell at 270-467-8815. 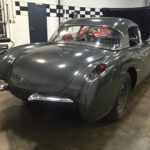 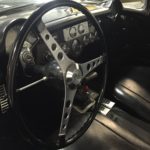 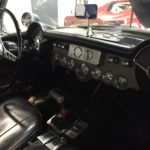