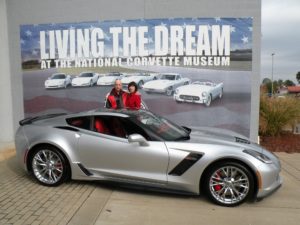 For Ed and Geri Goldman, through the years they’ve had a lot of children… and by children we are referring to their Corvettes. Because when you love Corvettes as much as they do, it does seem like your cars are part of your family (and there’s a reason we call Corvette Boulevard our ‘nursery’).

On Thursday, October 27, 2016 – the Goldman’s picked up their 21st R8C Delivery Corvette – the most deliveries by a couple to date. Their love affair with Corvette started with the purchase of convertibles on even years. That was, until September 11, 2001. “After 9/11, no one was buying cars so GM started offering zero percent financing. That was the same year the Z06 came out. So instead of just having the convertible on even years, I started getting a Z06 on the odd years.”

Ed trades in his Corvettes through his dealer, and while one reason he participates in the R8C Delivery Program is to keep his Corvettes off a truck, he says it is also the people at the NCM that bring them back. “We’ve gotten to know the people down here. Particularly in delivery.” Ed remembers the early years when they would pick up their new Corvette in the spring.  “When we first took delivery we would do it during what used to be known as the Birthday Bash, the C5 Registry Bash. It wasn’t as crowded back then so they would do deliveries.”

While many of our delivery customers select the option as an excuse to visit Bowling Green, Kentucky and have a mini vacation, for the Goldmans, the proximity helps to keep them coming back. “We’re not very far away, in Cincinnati. You can survive I-65.”

If you’re in the market to purchase a new Corvette, red carpet treatment through the Museum Delivery Program is the way to go. And if you are purchasing a new Corvette off the dealership floor, you can still participate in a similar program called the NCM Experience. Learn about these and many other personalized programs online here. 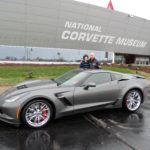 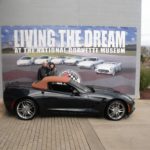 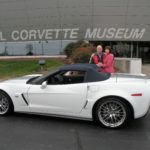