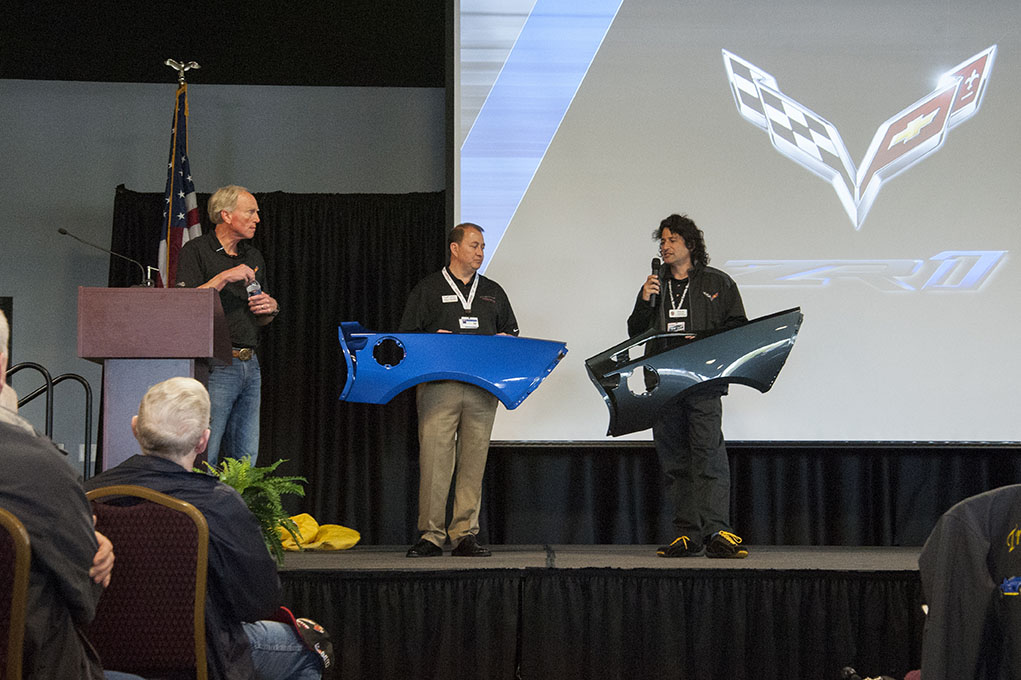 On Friday, April 27 as part of the Michelin NCM Bash, General Motors held their annual event seminar providing an update on Corvette. With the 2019 model year starting earlier than usual, most of the details had already been released. But the team at Chevrolet saved one fun piece of news for the event attendees. 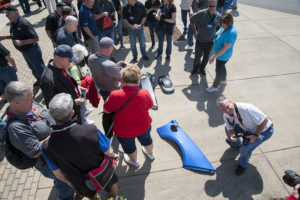 Timing for the color swaps is as follows:

In an interview with WBKO Television, Chuck shared some information on the new paint shop, explaining how it enables the Plant to create colors like the new hues.

“The new paint shop we just installed certainly is a key enabler to it. We have a lot better technology and are able to control the spray a lot better than what we used to do in the past.”

Chuck added that the new blue shade is more metallic than that of their Admiral Blue Metallic option, and the new gray metallic takes on a lighter shade than previous gray colors, along with being a tinge greener.

“This is also a different paint formula that we use in our new shop. And that’s allowed us to push the limits a little bit more on paint pigments, and how we are attaining color positions,” he said.