Tracking Down a Reminder of Dad 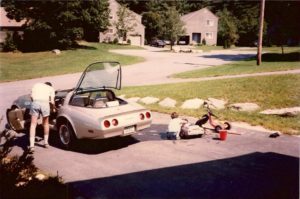 Chris Martini’s Corvette story starts in 1982 when his dad purchased a brand new Collector Edition Corvette, a Corvette that became a part of their family for 15 years. “My dad loved this car so much,” Chris said. “I can remember him washing it every week even if it had been in the garage the whole week.” There is even a photo of his dad washing his Corvette, with Chris alongside, washing his little pedal Corvette when he was about seven years old.

In 1997, his dad made a decision that he would regret for the rest of his life. He sold his beloved Corvette. “We would always wonder what happened to that car we all loved so much.” 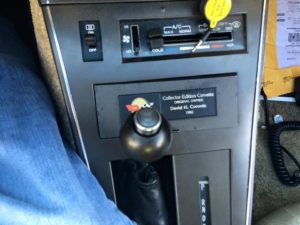 About a year later, at the age of 16, Chris was involved in a serious accident that caused injury to his spinal cord, leaving him in a wheelchair to this day. Years later, in 2011, tragedy struck the family again when Chris’ dad died after battling cancer. “After he died I really felt I needed to find his Corvette. I would have dreams about him and the car very often. There was a name plate on the ashtray that said ‘Collector Edition Corvette’ along with his name as the original owner. At the very least I thought I could possibly get that name plate back. I never thought I would be able to own the car, but just to see it again and to possibly get that name plate back would mean so much to me.”

Chris had the VIN and tried everything in his power, but it seemed impossible to track the car down. “I felt like I was running into wall after wall.” In 2014, on the way to work, Chris was listening to the radio and the show had a lawyer that was taking questions. “I called in and asked if there was any legal way to find an owner of a vehicle if I had the VIN.” Chris connected with the private investigator at the law firm, and within an hour, he had the name, phone number, address and email address of the current owner. 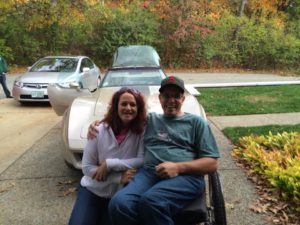 After connecting with the owner, Chris was able to convince him to sell the car. “My wife and I were going away to celebrate our first anniversary, so we rearranged our plans and got one way tickets from Florida to Massachusetts where the car was located to drive it back.” The couple picked up the car and brought it immediately to have hand controls installed so Chris could drive it. They also took several road trips through New Hampshire and Vermont, places that were frequented by Chris’ parents in the Vette.

The car was affectionately known as Abby, and Abby is now back with her family who now live in Florida. “She will never leave us again.”

Chris’ dad had always wanted to take the Vette on a road trip to Bowling Green to see the GM Corvette Assembly Plant and National Corvette Museum. “I’m hoping my wife and I can do the trip within the next couple of years to celebrate our anniversary.”

Thanks to some of our friends and partners in the local community, including the Bowling Green Area Convention and Visitors Bureau, we are excited to fulfill Chris’ dream by providing a complimentary trip to Bowling Green complete with hotel accommodations, Plant and Museum tours, lunch from the Corvette Cafe, dinner at Rafferty’s and tickets to other area attractions. We look forward to celebrating Chris and Shirley’s anniversary, and Chris’ dad, David Coronis. 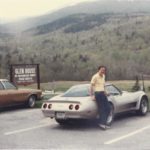 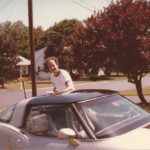 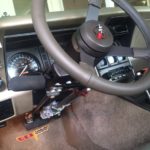