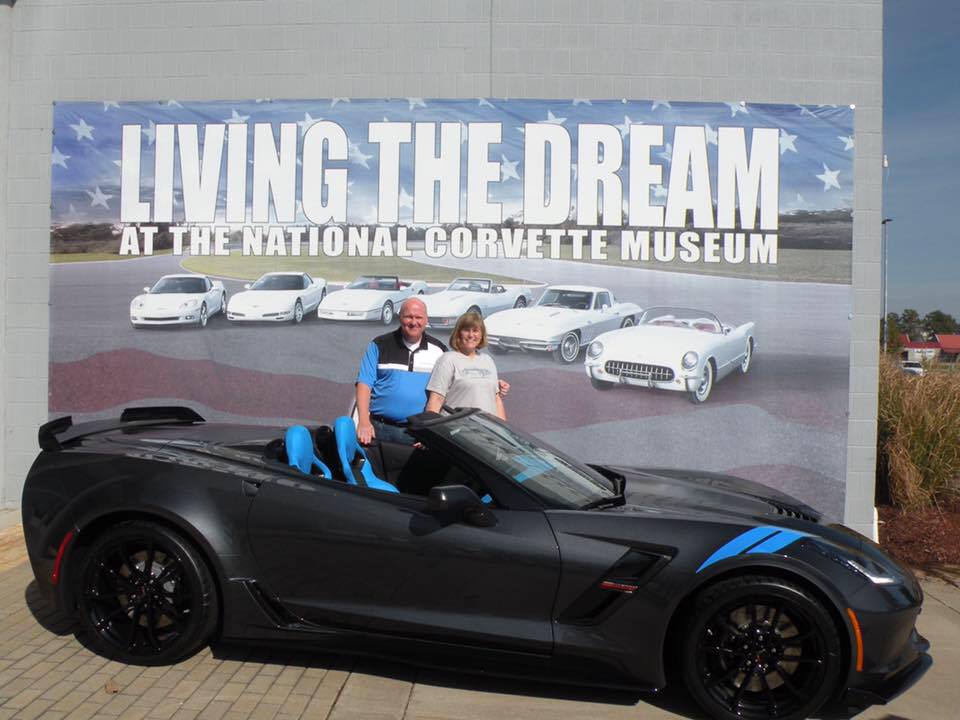 At the 2016 Geneva auto show it was announced that Chevrolet would produce a Collector Edition Grand Sport as part of its 2017 model year line up. The option is limited to 1,000 models and features upgraded suspension, Z06-derived rear fender flares, Z06-style grille, Watkins Glen Gray exterior with Tension Blue front fender hash stripes, black wheels and satin black full-length body stripes. Inside, the car has a mostly black suede wrapped interior with Tension Blue leather accents on the dash, seats, door panels and center console. Embossed representations of the original Grand Sport race cars are on the headrests, and a numbered dash plaque also has the original Grand Sport motif.

Of course, John opted for RPO PIN, allowing him to select his own VIN sequence number and he opted for 0006. 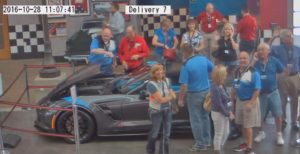 John and his wife Amy are Lifetime Members of the Museum, and John serves as the Museum Ambassador to his Corvette Club, LookingGlass Corvette Club of Illinois… with 15 members of the club joining him to celebrate his R8C delivery at the Museum. “It’s the people in the hobby that are the best part, the cars are just an awesome bonus!”

If you are purchasing a new Corvette, consider the R8C Museum Delivery option to receive the red carpet treatment when picking up your new car! Learn more online here.