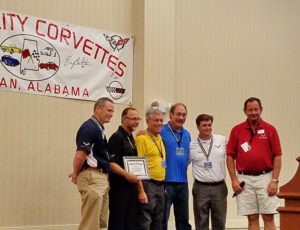 Circle City Corvette Club, Inc., based out of Dothan, AL, has sponsored their fifth acre at the NCM Motorsports Park. An additional 17 acres became available for sponsorship this spring when the Museum purchased the land to construct a berm.

Each year the Club hosts a Beach Cruise from Dothan to Panama City Beach, FL and as part of the even an auction is held with proceeds benefiting the Museum. This year’s auction raised $11,705 which was used towards the purchase of the club’s acre. An additional $4,500 was raised for local charities. The auction boasted Corvette Racing items such as rear bumpers and a windshield, items from program manager Doug Fehan, lithographs, car covers and a shadow box donated by Corvette designer Kirk Bennion. Corvette jewelry, art, a quilt, autographed lithographs and more were also available.

“With our auction coming up, we talked to the NCM and asked what their greatest need was,” said Museum Ambassador Charley Robertson. “When told the NCM needed to purchase more land for the Motorsports Park, the club immediately decided to go for another acre. Circle City Corvettes has been supporting the NCM since 1998, and has donated a total of almost $155,000! Not bad for a small club!”

Despite the rain, the event welcomed 98 cars this year. Next year’s event is May 18-20 at the Edgewater Resort in Panama City Beach. Learn more at www.circlecitycorvettes.com. 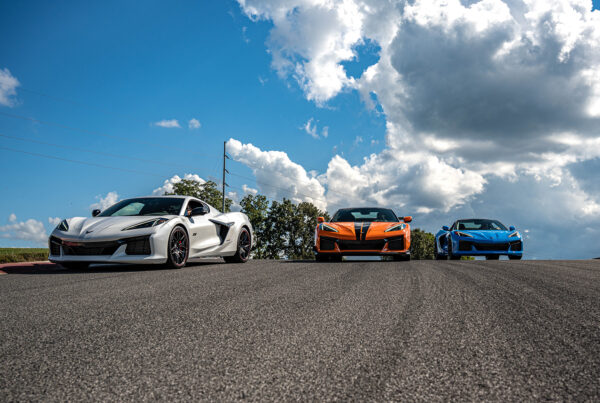 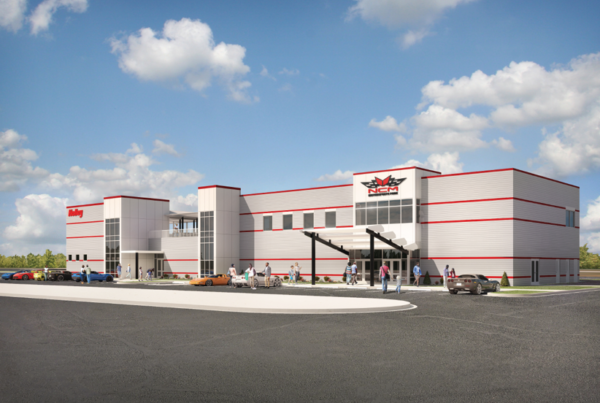