Grand Sport is one of the most storied monikers in Corvette’s illustrious racing heritage. For 2010, it once again becomes part of the Corvette’s lineup, available in coupe and convertible models.

The new Grand Sport combines the Corvette’s LS3-based powertrain with wide-body styling, a wider track and a racing-bred suspension for a distinctive model that delivers a great balance of road and race track performance. It is offered with either a six-speed manual or six-speed automatic transmission. The LS3 6.2L engine is rated at 430 horsepower (321 kW)* and 424 lb.-ft. of torque (575 Nm)* with the standard exhaust system. An optional two-mode exhaust system elevates the power ratings to 436 horses (325 kW) and 428 lb.-ft. (580 Nm).

The Grand Sport replaces the Corvette’s previous Z51 package and brings a greater degree of handling performance, with wider wheels and tires; revised shock, stabilizer bar and spring specifications; and specific gearing. A combination of 0-60 performance of four seconds, skid pad adhesion of 1 g and EPA-estimated 26 mpg on the highway makes it a very well-rounded sports car.

Grand Sport coupe models equipped with the manual transmission are uniquely outfitted for race track competition, too, with a dry-sump oiling system, differential cooler and a rear-mounted battery.

With its special equipment, the Grand Sport offers a unique blend of performance and amenities. Its suspension package approaches that of the Z06, but includes a removable roof on coupes (Z06 has a fixed roof) and, of course, the availability of a convertible body style. Also, the paddle-shift six-speed automatic transmission is offered, while a manual transmission is the only choice with the Z06.

All of Corvette’s exterior colors are offered on the Grand Sport, and an available Heritage package adds iconic front fender hash marks offered in four colors, as well as two-tone seats with Grand Sport embroidery. The Grand Sport can be ordered with 1LT, 2LT, 3LT and 4LT trim packages, too.

Click a photo to enlarge or view the gallery 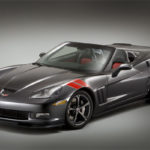 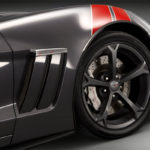 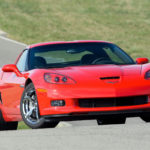 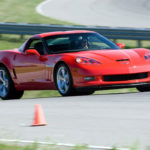 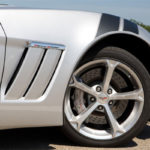 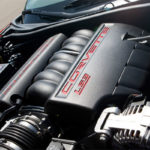 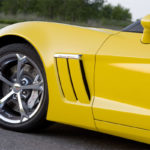 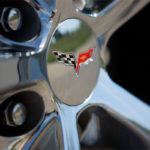 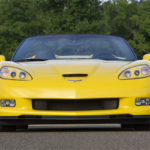 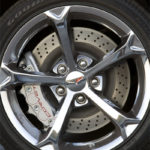 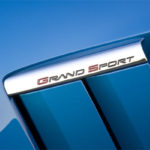 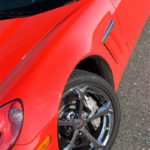 Envisioned by legendary Corvette engineer Zora Arkus-Duntov as a factory-built, lightweight and race-ready production model that would trump domestic and foreign road-racing competitors, the original Corvette Grand Sport was a promising idea that led to the production of five special prototypes in 1963. The project was later shelved, following GM’s agreement to stay out of manufacturer-backed motorsports.

The five prototypes were based on the styling of the 1963 Corvette and were hand-assembled under Duntov’s watchful eye. But while they looked like production models, the prototypes were purpose-built race cars that shared little with their assembly line cousins. Duntov also oversaw the Grand Sport engine program that featured a special, 377-cubic-inch small-block V-8 with side-draft carburetors.

Although never officially sanctioned by General Motors, the five Grand Sport prototypes saw extensive racing experience throughout the 1960s in the hands of “private” racers who had strong contacts within Duntov’s engineering circle. All five original cars are accounted for today and are among the most valuable in the collector market.

Chevrolet offered a limited-edition Grand Sport production model in 1996, commemorating the original racing cars and marking the end of the C4 era in Corvette production. All of the 1,000 examples were painted Admiral Blue and featured a white center stripe and red “hash mark” graphics on the left front fender, a graphic scheme that mimicked the look of some of the original race cars.
*SAE certified.